Protection against domestic violence and assistance in providing servicemen with respirators: what public advisers do for society 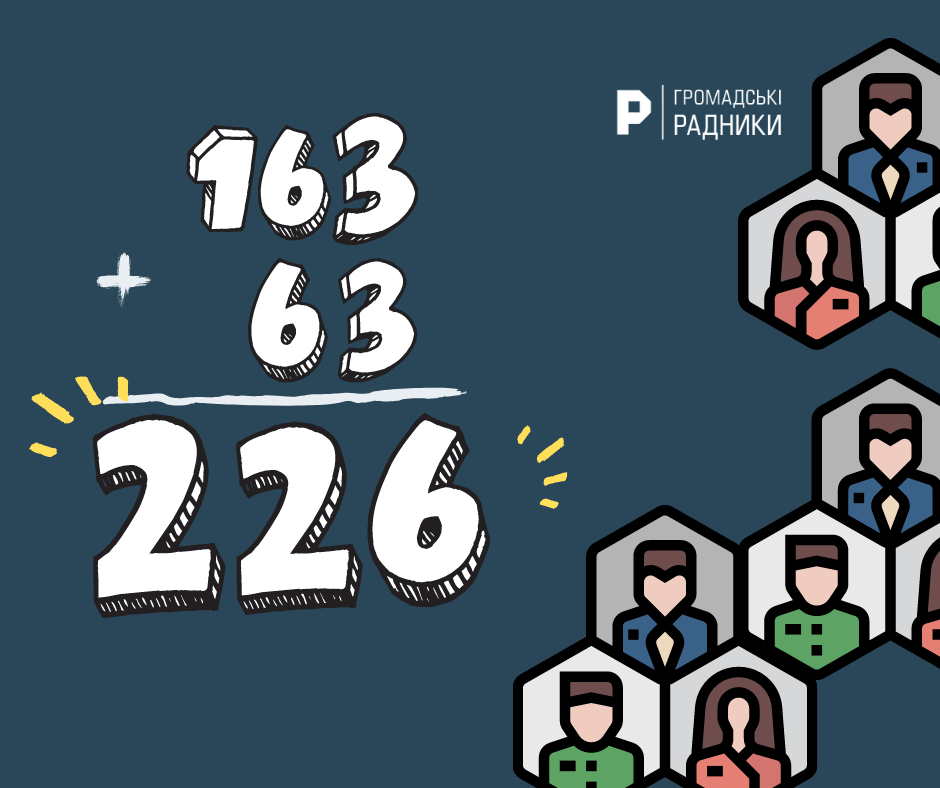 Over three years, 226 people took courses of the Public Advisors Program, of which 63 received certificates at the end of last week. On this occasion, we learned from the Chairman of the Association of Public Advisors of Ukraine Anatolii Levchuk and the coordinator of the training of the eighth set of public advisers Hanna Ilaschuk, how much the learning process has changed since 2017, what has been achieved by advisers during this time.

From advocacy to gender-oriented budgeting

In Canada and Moldova, as well as in several other countries, there is a network of paralegals who are competent in legal and social matters. The training of paralegals began in Ukraine in 2017. Candidates were selected from communities across the country, and first of all, attention was paid to representatives of remote villages and small settlements, where legal or social assistance is sometimes very difficult to obtain.

“About 450 people applied for the first set, of which only 25 were selected. Now the competition is lower, but the selection criteria have not changed. Preference is given to those who are actively engaged in social activities (only adults can be trained – auto.). It is desirable that there was experience of unification of citizens around solving some problems. In general, those who do not have such experience can get to the courses, but really want to change their community for the better,” recalls Anatolii Levchuk, a former graduate of the first set, and now the head of the NGO “Association of Public Advisors of Ukraine”.

Eight sets have already taken place. Just last week, 63 people received certificates of public advisers, in total, 226 people took courses in three years. According to the coordinator of educational processes Anna Ilaschuk, the program for each set is slightly different:

“We have a basic course, yet we are constantly updating information taking into account changes in legislation and the needs of communities. This year, for example, a block on gender-oriented budgeting has additionally appeared, the topics of decentralization, educational and medical reforms have been updated. In general, the course is still composed of three modules. The first is devoted to fundamental human rights and freedoms. After its passage, participants perform their homework – get acquainted with local NGOs, establish contact with their local branches of the FLA system (free legal aid). During the second module, “Changes in the Community”, the topics of communication in the community, advocacy, restoring practices and dialogue, as well as the topic of change management are studied. Next, homework is again followed – working in groups on topics chosen by the participants. The third learning module usually refers to tools for building system changes through collaboration. Topics are information security, media literacy, combating domestic violence”.

Another feature of the last set is that for the first time the courses had to be conducted remotely.

“We did not fully know how to reformat the courses and whether they will be just as effective. Public advisers need to be in constant close contact with people, and live communication is different from virtual ones. Therefore, we did not have enough confidence whether we could train the same specialists. As a result, in order to conduct courses online and not to impair their quality, we decided to prepare mentors (mentors – auto.),” says Anna.

Distance learning took place according to the same scheme as full-time, that is, in ZOOM, the trainers worked with training groups. At the same time, the community now plans to create a full-fledged remote automated course, which will be accompanied by mentors.

The mentor training program was implemented at the end of last year for the first time. Applications were submitted by about 50 experienced advisers and advisers, of which 18 future mentors were chosen. They were taught time management, the basics of mentoring, active listening, peripherals, communication and other useful skills. Next, each was assigned 2-4 mentality (student) from the last set, so that they could share their experience with them, support, provide expert assistance not only during training.

Advisers use all the knowledge gained during the training for the benefit of their communities. They carefully study the existing legal problem and redirect them to a competent service or institution, or provide information that helps to solve the problem on their own. It is worth noting that their assistance does not end with purely legal issues, it is much wider. As an example, Anatolii Levchuk cites the activities of several advisers. Among them is Natalia Shum, who works as the head of the association of co-owners of an apartment building and assists in the creation and functioning of condominiums in other Ukrainian communities. Also, from the first days of quarantine, the woman took responsibility and organized the sewing of protective masks and protective suits for doctors in her city. Patterns of these costumes were scattered between volunteers from other communities of Ukraine. Among other examples, we can mention the work of public adviser Maryna Marynych, who has psychological education, provides psychological assistance to combatants and internally displaced persons. Hanna Ilaschuk, the training coordinator familiar to us during the first wave of covid, found out that there is not enough personal protective equipment against COVID-19 at checkpoints. Anna contacted the battalion, volunteer organizations, and in just three days the whole brigade was provided with respirators with the highest level of protection. Another interesting example is Oleh Karpenko, who conducts a huge work to protect the rights of people with disabilities: he tells where to get legal and social assistance, as well as constantly monitors free places in social infrastructure facilities for such citizens.

In total, according to Anatolii Levchuk, since 2017, public advisers have helped about 12,000 people. In some cases, they initiated changes in the community, consulted people where they can solve their issue, in others, they did business, accompanied a person or family in solving their issue for several months until the results were achieved. The figure is certainly not small. However, what if we talk about it in the context of the whole of Ukraine? Obviously, 226 public advisers are very few. Therefore, the team of the School Program “Public Advisors” and this year will continue to actively prepare new agents of change. The training course is planned to be fully adapted to the distance format, which would allow to train many more people (for comparison, the first set is 25 people, the eighth – 63).

The next set of PA is planned to be organized in the autumn. At the same time, the Program team is thinking about replenishing the ranks of mentors who would preserve the quality of education when going online.